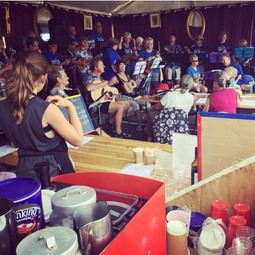 Please check your email for the latest news and song updates

Our committee is searching for new songs, perhaps already in our song lists, that may be arranged for the Buskers to perform at our general public performances such as Kiss Arts, Jazz Festival and the various uke festivals. Why not use the Song Choices blog on this website to offer your suggestions?